Contributing Significantly to the U.S. Economy 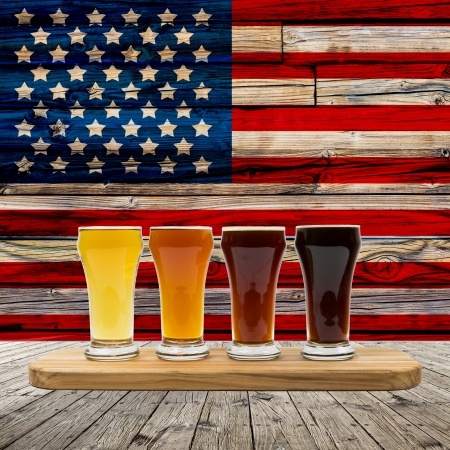 Key findings of the study include:

Focusing on Arizona, in 2016 beer distributors here employed over 2,850 Arizonans, paid over $184 million in wages annually, and made an economic contribution of over $484 million to the state.

Delivering the Most Variety in the World

Beer distributors secure beer from a wide variety of manufacturers small and large, domestic and international. They are the vehicle to market for the largest multinational beer brands to the smallest local craft brews. Distributors provide the infrastructure small brewers need to reach a wide network of retailers. Consumers benefit by having the choice between the largest international brands and the smallest local brews, all on the same store shelf, restaurant list and bar tap. Today, more than 14,000 types and styles of beer are available to American consumers at a great value.

Ensuring that Products are Safe for Consumers

The clear chain of custody created by the state-based system of alcohol regulation and distribution protects American consumers from counterfeit and poisonous alcohol that is prevalent in many other countries. You don't see alarming headlines like these in the U.S.:

American consumers enjoy unequaled safety thanks to the state-based alcohol distribution system in which beer distributors are a critical link.

The difficulty identifying the source of recent salmonella outbreaks, tainted beef and poultry, and the inability to effectively track food products causing it are troubling to many people. Consumers are struggling to trust the safety of the food they put on the table every day.

There is, however, at least one consumer product in the United States that provides an accountable and traceable model for distribution and tracking: beverage alcohol.

While counterfeit branded and tainted alcohol products routinely injure and even kill people around the globe, there is a reason why we don't read headlines about these tragedies in this country: the American state-based system of alcohol controls (created by the 21st Amendment) is the gold standard of systems that protect people from unsafe products. In rare cases when a brewery has detected possible defects in certain beer bottles, the suspect cases have been tracked down and pulled from the shelves within a matter of days. Licensed beer distributors worked to track every case of beer to the licensed retailers and remove them from the marketplace.

As regulators and industry leaders look to improve safeguards, quality control and traceability in food distribution, they can look to the licensed beverage industry for a self-regulatory system that has worked effectively for nearly 80 years.

Distributor's infrastructure includes state-of-the-art warehouses and fleets of temperature-controlled trucks and vehicles, combined with the warehousing, delivery, driver and merchandising personnel. They preserve the perishable products in a temperature controlled warehouse. Distributors then deliver customized inventory based on the requirements of each individual retailer. After delivery, the distributor continues to monitor retailer shelves, taps and keg lines to ensure consumers are receiving the freshest product.

Creating a Clear Chain of Custody

Beer distributors provide a clear chain of custody in the sale of beer. They source alcohol only from licensed brewers and importers and sell only to licensed retailers. This system helps to ensure that retailers hold the appropriate license, do not sell to those under the legal drinking age, pay state and local taxes and generally comply with local alcohol beverage laws.