Arizona's alcohol regulatory system is all about checks and balances ... and it works well

The State of Arizona has a well-established, time-tested system for regulating the sale of beverage alcohol products. It's an effective system of checks and balances to ensure that there is fair competition in the marketplace and new companies and products can enter without difficulty, while at the same time protecting consumers and helping to prevent alcohol from being sold to underaged persons or improperly consumed.

There are three separate categories (called tiers) of licensees -- producers, wholesalers and retailers:

Tier 1 is composed of the licensed producers – the makers and importers of the beer, wine and spirit beverage alcohol products enjoyed by millions of responsible adults in Arizona and around the world.

Tier 2 is composed of the licensed wholesalers – the distributors who buy these products from producers, store and transport them safely, and sell and distribute these products to retailers.

Tier 3 is composed of the licensed retailers - the convenience stores, supermarkets, wine shops, restaurants, bars, sporting venues, hotels, special event sponsors and the like - who sell these products to the public.

Each tier is independent of the other, ensuring accountability to the public and healthy competition. This also helps guarantee that products are unadulterated and reasonably available for customers, prohibits promotions that foster heavy alcohol consumption, and strictly controls sales to minors.

Prior to our nation's unsuccessful experiment with Prohibition (from 1920 - 1933), alcohol was sold in a "free-market" scenario with little-to-no regulation. National alcohol manufacturers controlled the industry and owned retail saloons where most alcohol was consumed. This led to irresponsible and unaccountable practices, as well as significant alcohol abuse and underage sales. Enter the state-based regulatory system, which was born out of the repeal of Prohibition. That's when the 21st Amendment to the U.S. Constitution was adopted (in 1933), giving each state the power to regulate alcohol sales inside its borders. In response to the grant of this authority, all states adopted versions of a three-tier regulatory system to ensure checks and balances. 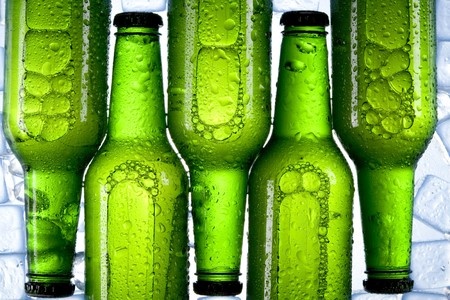 Through Title 4 of the Arizona Revised Statutes and the DLLC Rules promulgated under it, Arizona's separated system is fully implemented and provides our state with a comprehensive regulatory framework for beverage alcohol products. Our system offers the fastest and least expensive way to handle distribution and sales for a huge variety of beer, wine and spirit products. The current system supports entreprenuership and free enterprise by affording the same opportunities to brewers, distillers and winemakers large and small, and it has been part of the success stories of numerous microbrewers, farm wineries and craft distillers in this state and region.

For more on the history behind the development of the three-tier system, and for a glimpse into what could happen if we deregulated the industry, watch these videos from the Center for Alcohol Policy.